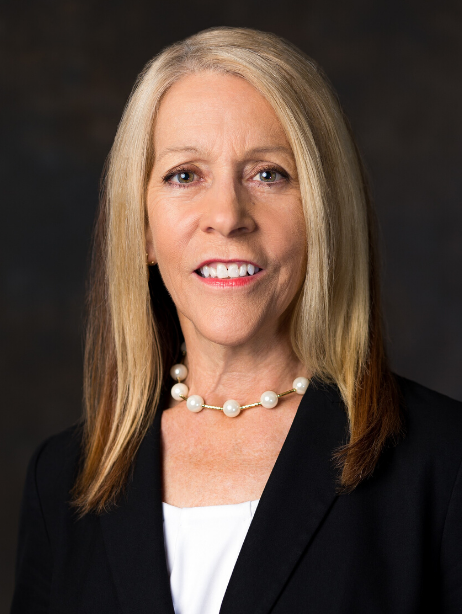 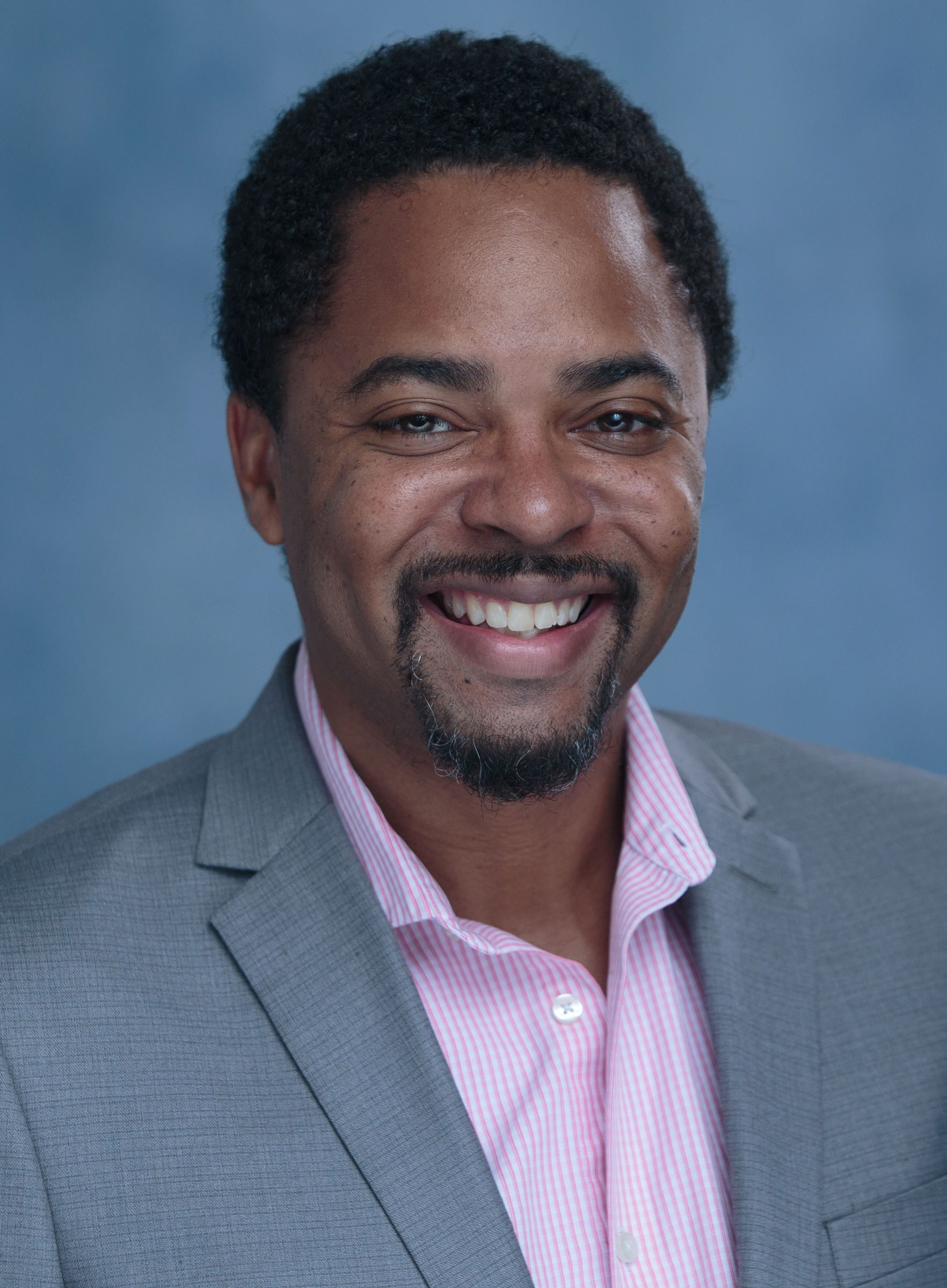 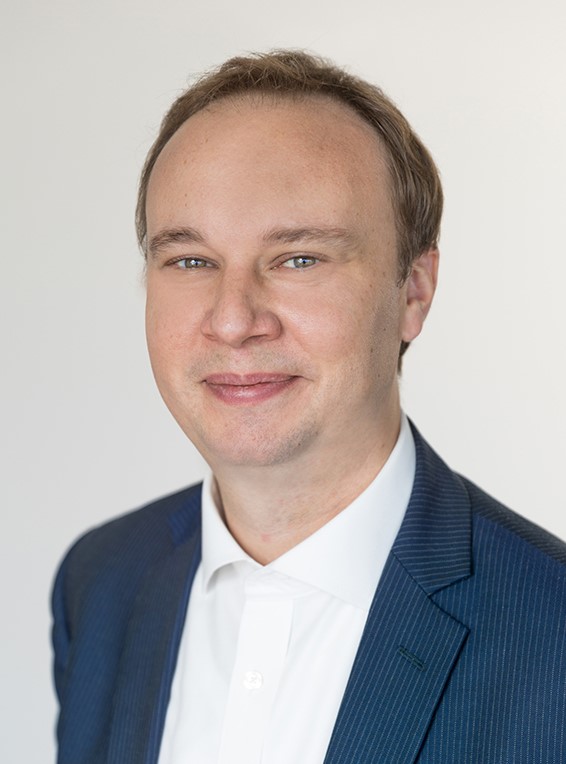 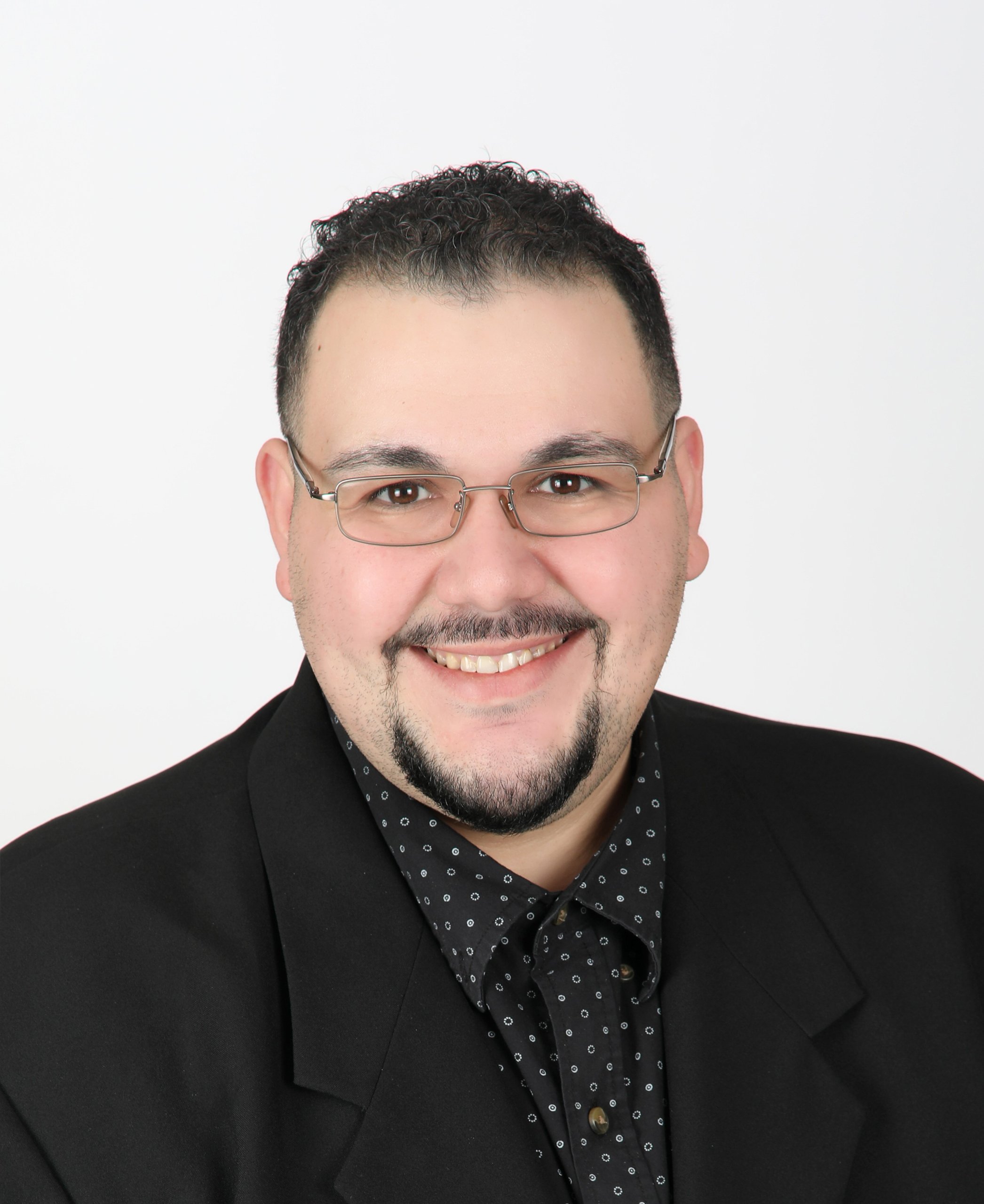 Andre Santiago, Vice President for Programs, oversees the development, implementation and evaluation of all programs at Leadership Greater Hartford as well as the organizations extensive consulting and training services. Having joined the staff at LGH in 2007 as a program assistant, he has risen through the ranks serving as Program Director overseeing youth programs and then as Senior Program Director. In the course of his tenure, he has had involvement with and/or provided leadership to most of the core programs offered by LGH. He has served as the LGH lead in numerous consulting and training contracts including Hartford Decide$ (the city-wide community engagement project in which the citizens identify and select capital projects throughout the city) and the Community Policing Leadership Institute now serving the fourth cohort of Hartford police officers. He is a certified Enneagram trainer and frequently is a facilitator in LGHs Consulting & Training services.

Andre has served on numerous boards and currently serves on the Board of InterCommunity, which provides physical, mental health and addiction services. Andre is a member of the 2016 class of Hartford Business Journals 40 under Forty, which recognizes outstanding young leaders in the region. He was recently elected to the national Board of Directors of the Association of Leadership Programs.

Her non-profit sector career has included leadership positions with chambers of commerce and several years with the former National Community Leadership Association as Associate Director. She is a graduate of the University of Wisconsin – Madison, Institutes for Organization Management, and holds the Certified Association Executive (CAE) designation from the American Society of Association Executives since 1998. She graduated from Leadership Orlando, Class 64 in 2005.

Bakke received the Preceptor Award in 2004, a national acknowledgement from the former National Community Leadership Association. She has served as a member of the Executive Committee of the Regional Board of Advisors for the Central Florida Partnership and is an ex officio member of the Board of Directors of the Economic Development Commission of Florida’s Space Coast.

Hannibal B. Johnson is a graduate of Harvard Law School. He did his undergraduate work at The University of Arkansas, where he completed a double major in economics and sociology. Johnson is an attorney, author, and independent consultant specializing in diversity & inclusion/cultural competence issues and nonprofit governance. Johnson has also served as an adjunct professor at The University of Tulsa College of Law (legal writing; legal ethics), Oklahoma State University (leadership and group dynamics; business law [MBA Program]), and the University of Oklahoma (ethics; cultural diversity; race & reason; The 1921 Tulsa Race Riot; nonprofit leadership & management).

Johnson serves on the federal 400 Years of African-American History Commission, a body charged with planning, developing, and implementing activities appropriate to the 400th anniversary of the arrival, in 1619, of Africans in the English colonies at Point Comfort, Virginia. He chairs the Education Committee for the 1921 Tulsa Race Massacre Centennial Commission. Johnson is past president of Leadership Tulsa, the Metropolitan Tulsa Urban League, and the Northeast Oklahoma Black Lawyers Association. He served as chair of the board of directors of The Community Leadership Association, an international leadership organization, during 2001 – 2002, is a founding director of the Oklahoma Appleseed Center for Law and Justice, and is past chair of the board of the Oklahoma Department of Libraries. He has also served on the Oklahoma Advisory Committee for the United States Commission on Civil Rights. Johnson directed Anytown, Oklahoma, a statewide human relations camp for teens, for more than a decade, and served on the Advisory Board of the Mayborn Literary Nonfiction Writers Conference of the Southwest. Johnson served as chairman of board of directors of The Rotary Club of Tulsa, 2015 – 2016, chaired the Club’s Diversity and Inclusion Committee during that same period, and served as the Club’s President during 2018 – 2019. He has served on the Institutional Review Board for Oklahoma State University Center for Health Sciences, and is past chair of the board of directors of the Foundation for Tulsa Schools. He has also served as a member of the board of directors of the Oklahoma Humanities Council. He served on the Programs Committee for the John Hope Franklin Center for Reconciliation and organized the Center’s annual symposium for several years. In 2004, Johnson graduated with the inaugural class of the national Connecting Community Fellowship Program based in Richmond, Virginia.

David Jones is also the co-creator and producer of a social media show called We Are Not O.K.

He is bringing his Leadership and Development proficiency to Brevard County and is looking forward to sharing his expertise in the following categories:

Prior to working for United Way of Brevard and starting his own company, David was responsible for the learning and development for Best Buy’s Southeastern Region which includes Florida, Georgia, South Carolina, North Carolina, Tennessee, Mississippi, Alabama, Virginia, and Puerto Rico. He and his team of learning professionals were responsible for the onboarding and continuing education of all employees, agents and leaders in the Southeastern Region.

Under David’s leadership, his team led Best Buy’s training completion percentage and had the lowest turnover in the history of the organization.  David’s team received commendation for having the highest employee engagement and highest sales performance for five years in a row.

Stephen Reuther is a native to the New Orleans Region and serves as the Executive Director of the New Orleans Regional Leadership Institute, a nonprofit organization focused on creating a platform and programming for thought leadership and collaboration around issues affecting Southeast Louisiana.  Prior to his role with NORLI, Reuther served as the CEO of the St. Bernard Chamber of Commerce where he founded Leadership St. Bernard. Earlier in his career he owned and managed several small businesses including Chartres Street Consulting Group and Beauregard Homes, and he was a multi-million dollar producing Realtor.

Reuther currently serves as an ALP (Association of Leadership Programs) DEI Affinity Group Champion, he serves on the charter school board for Success at Thurgood Marshall, and he is a fellow of the Charter Board Leadership Academy by the Louisiana Association of Public Charter Schools. Additionally, he has served on several Boards and committees for organizations across the New Orleans Region including Greater New Orleans Inc., the NextGen Council, Crimestoppers GNO, the Workforce Investment Board for Planning District 1, the President’s Council for the Bureau of Governmental Research, and the St. Bernard Economic Development Foundation. He has also served as a member of the Southeast Regional Coalition of Business Councils, the Nunez Community College Entrepreneurship Advisory Board, the Greater New Orleans Urban Water Plan Advisory Council, and he is a graduate of NORLI and the Loyola Institute of Politics. In 2015, he was named the Man of the Year by the St. Bernard Business and Professional Women’s Club and recognized for that honor by the Louisiana State Legislature. He holds a degree in Business Administration from the University of Florida, and he is a certified Emergenetics Associate. 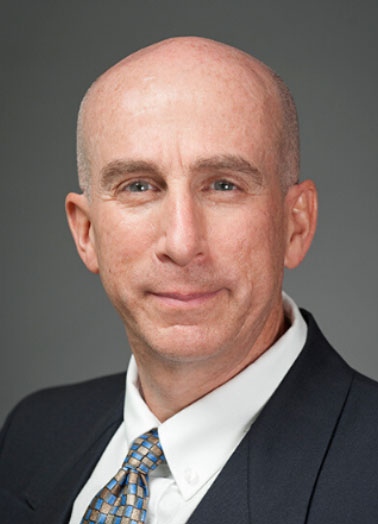 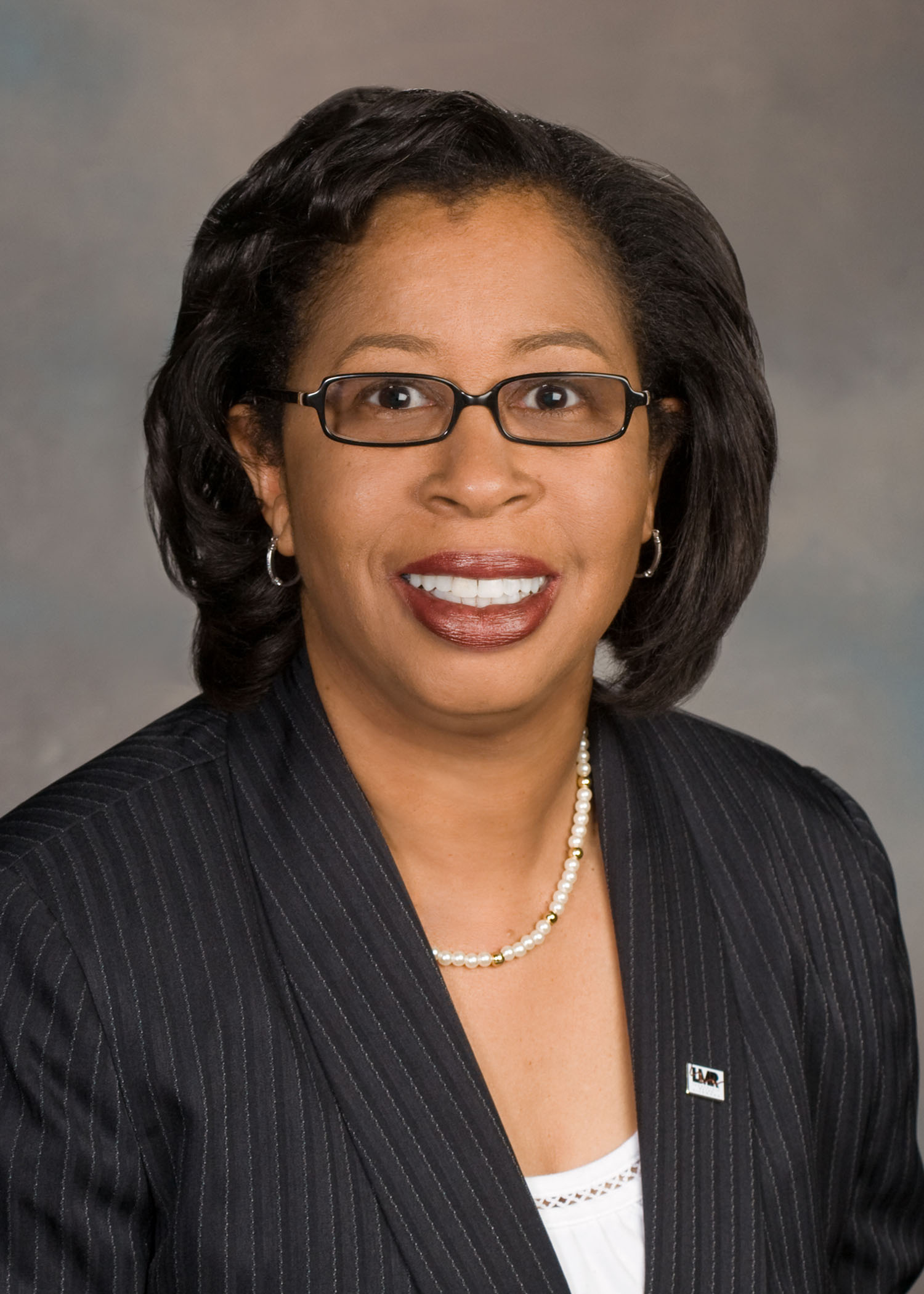 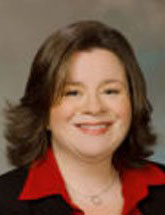 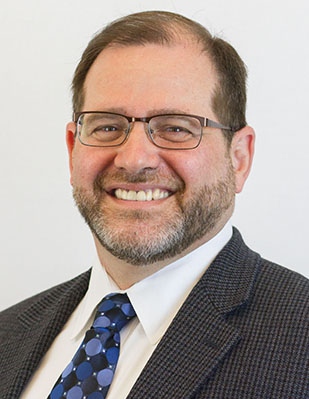 As Vice President of External Affairs for CLC, Michael E. Bennett focuses on helping CLC tell its story to advance its mission and raise revenue to support its activities.

He came to CLC in 2014 after serving as principal of Bennett Strategic Communications LLC, which helped companies and nonprofit organizations better fulfill their missions through strategic communication, fundraising and organizational management.

He previously was publisher and editor of the Cleveland Jewish News, which produces a weekly newspaper, custom magazines, digital products and events. He served as executive director of the CJN Foundation, a nonprofit affiliate of the CJN that supports educational activities.

Prior to the CJN, Bennett worked as director of marketing and communications at the Jewish Federation of Cleveland, where he also served as director of its annual fund-raising campaign. He began his professional career in journalism at regional daily newspapers in Indiana before being named a features editor of The Plain Dealer in Cleveland.

He is Past Board President of The Press Club of Cleveland and serves on the Northwestern University Alumni Admissions Council. He also serves on committees for InMotion, a center for those affected by movement disorders; the Heights Observer; and B’nai Jeshurun Congregation.

He is a 2009 graduate of Leadership Cleveland and a CLC Member.

He holds a bachelor’s degree from the Medill School of Journalism at Northwestern University. Bennett grew up in Beachwood, and is an empty-nester living with his wife in Cleveland Heights.

A. Michael Gellman is an independent Fiscal and Financial Strategist for nonprofit organizations and a founding principal partner for Fiscal Strategies 4 Nonprofits, LLC where his primary focus is helping legacy organizations and new organizations build and achieve a sustainable and financially healthy future while enhancing mission delivery and capacity.  Mr. Gellman was a previously a Partner for Rubino & Company, Chartered for over 20 years.

Michael is a past-president of the Greater Washington Society of CPAs (GWSCPA) and a former chair of Not-For-Profit Organizations Symposium and Not-For-Profit Committee. He also serves on numerous nonprofit boards including B’nai B’rith International as the current International Treasurer.

He regularly teaches adjunct classes in nonprofit management for Georgetown University and conducts numerous seminars on budgeting, fiscal and financial sustainability, effective financial messaging and strategic planning for exempt organizations for national and local nonprofit organizations including American Society of Association Executives (ASAE), federal and state agencies and U.S. Chamber of Commerce Institute for Organizational Management. He is the author of numerous articles, including articles entitled Creating Financial Expectations is Healthy, Balancing Mission Resources and Sustainability, Three-Dimensional Financial Messaging, Creating a Culture of Projections and Attributes to Consider and Balance When Making Financial Decisions.

Vikki Keszey serves as the Director of Operations for Leadership Metro Richmond (LMR), responsible for business operations and processes including finance, HR, and technology.  She has previously served as Program Manager for LMR working with the flagship leadership program, alumni programs, and marketing/communications.  She has previously served the American Red Cross as a fundraiser and special events director, Richmond Ballet as a fundraiser, and coordinated family programming for the Children‘s Museum of Richmond.  Before her professional career in the nonprofit industry, Vikki was an entertainment agent booking and managing tours for comedians and musical acts for the college and performing arts markets.  Her leadership journey began in high school when she served on both local and Detroit regional youth leadership councils, where she first learned that the definition of power, at its core, is the capacity to affect change, which launched a lifetime passion to empower others to realize their full capacity.

Myra Goodman Smith has served as the President and CEO of Leadership Metro Richmond (LMR) since July 2010.  She has held executive leadership positions in the nonprofit sector for over 30 years.  Before that time, Myra worked as an institutional researcher and an economic and community development planner.

Today, Myra is Board Chair of the Jenkins Foundation, a $60 million health legacy foundation.  Last year, she received the YWCA Outstanding Women Award for Nonprofit Leadership and was recognized as a Person of the Year by the Richmond Times-Dispatch. This summer, she was named by Richmond Magazine as a Bold Women of Richmond.

Myra holds a bachelor's degree in Urban Studies and a Master's of Public Administration from Virginia Commonwealth University. She is a graduate of Leadership Metro Richmond Class of 2006.